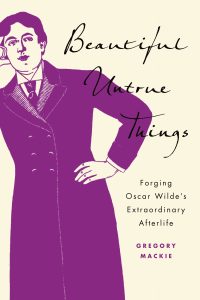 Borrowing its title from Oscar Wilde’s essay “The Decay of Lying,” this study engages questions of fraudulent authorship in the literary afterlife of Oscar Wilde. The unique cultural moment of Wilde’s early-twentieth-century afterlife, Gregory Mackie argues, afforded a space for marginal and transgressive forms of literary production that, ironically enough, Wilde himself would have endorsed. Beautiful Untrue Things recovers the careers of several forgers who successfully inhabited the persona of the Victorian era’s most infamous homosexual and arguably its most successful dramatist.

More broadly, this study tells a larger story about Oscar Wilde’s continued cultural impact at a moment when he had fallen out of favour with the literary establishment. It probes the activities of a series of eccentric and often outrageous figures who inhabited Oscar Wilde’s much-mythologized authorial persona – in forging him, they effectively wrote as Wilde – in order to argue that literary forgery can be reimagined as a form of performance. But to forge Wilde and generate “beautiful untrue things” in his name is not only an exercise in role-playing – it is also crucially a form of imaginative world-making, resembling what we describe today as fan fiction. 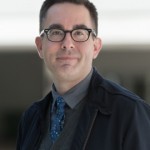 Gregory Mackie is Assistant Professor in the Department of English Language & Literatures specializing in Victorian and Modernist literature, drama, and book history. He has been the recipient of research fellowships from the William Andrews Clark Memorial Library, UCLA and the Bibliographical Society of America. He received a UBC Faculty of Arts Research Award for 2015-16.