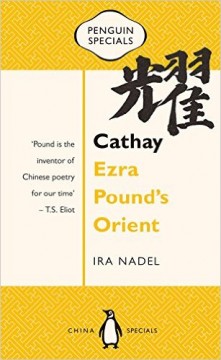 At the turn of the twentieth century, London was a breeding ground for the avant-garde. Modernist writers like T.S. Eliot, W.B. Yeats and Ezra Pound became infatuated with the Orient. Pound in particular was inspired by the clarity and precision of Eastern poetry to rethink the nature of an English poem. Published in 1915, Cathay, Pound’s collection of fourteen experimental translations of classic Chinese poems, was a groundbreaking work that set the stage for a new-found East in the West. 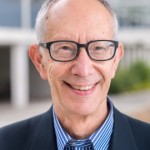 Educated at Rutgers and Cornell, Ira Nadel has concentrated on the Victorians and Moderns, while pursuing the critical and practical matters of biography. His research has led him to the island of Hydra for Leonard Cohen, back stage at the National Theatre, London for Tom Stoppard and into the archives at the Library of Congress for work on Philip Roth. In addition to these projects, he has published on Ezra Pound, James Joyce, David Foster Wallace and Virginia Woolf. He has also worked on three books with the San Francisco architect Donald MacDonald and continued his on-air interests in radio with, first, CBC Vancouver and now CITR on campus. He has lectured in England, France, Germany, Israel, China, Australia and, most recently, Korea. His awards include a Killam Research Prize, a Yale Beinecke Library Fellowship, a Dorot Fellowship at the Ransom Center of the University of Texas and, for 2016, a two month fellowship at the Australian National University, Canberra. He is a Fellow of the Royal Society of Canada and a UBC Distinguished University Scholar.