Modernism and the Idea of the Crowd 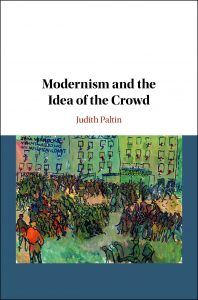 This book argues that modernists such as James Joyce and Virginia Woolf engaged creatively with modernity’s expanding forms of collective experience and performative identities. Judith Paltin compares patterns of crowds in modernist Anglophone literature to historical arrangements and theories of democratic assembly to argue that an abstract construction of the crowd engages with the transformation of popular subjectivity from a nineteenth-century liberal citizenry to the contemporary sense of a range of political multitudes struggling with intersectional conditions of oppression and precarity.

Modernist works, many of which were composed during the ascendancy of fascism and other populist politics claiming to be based on the action of the crowd, frequently stage the crowd as a primal scene for violence; at the same time, they posit a counterforce in more agile collective gatherings which clarify the changing relations in literary modernity between subjects and power. 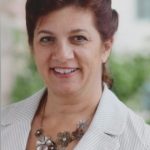 Judith Paltin is an assistant professor in the Department of English Language and Literatures at the University of British Columbia. She has published articles in the James Joyce Quarterly, The Conradian, Conradiana, The Wildean, and ISLE, and a chapter in Affective Materialities: Reorienting the Body in Modernist Literature (2019).