Paradise Lost and the Cosmological Revolution 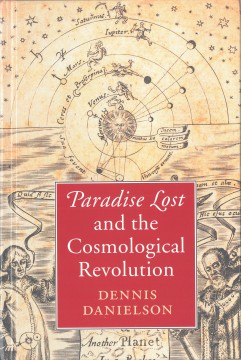 This volume brings John Milton’s Paradise Lost into dialogue with the challenges of cosmology and the world of Galileo, whom Milton met and admired: a universe encompassing space travel, an earth that participates vibrantly in the cosmic dance, and stars that are “world[s] / Of destined habitation.” Milton’s bold depiction of our universe as merely a small part of a larger multiverse allows the removal of hell from the center of the earth to a location in the primordial abyss. In this wide-ranging work, Dennis Danielson lucidly unfolds early modern cosmological debates, engaging not only Galileo but also Copernicus, Tycho, Kepler, and the English Copernicans, thus placing Milton at a rich crossroads of epic poetry and the history of science. 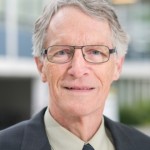 Dennis Danielson is an intellectual historian and Milton scholar with interests in the history and literature of science. His research and publications have won recognition in the form of the UBC Alumni Prize for Research in the Humanities (1987), an Alexander von Humboldt Research Fellowship (1990-91), and a UBC Killam Research Prize (2010). In 2002 he was a UBC Distinguished Scholar in Residence at the Peter Wall Institute for Advanced Studies, and in 2011 he received the Konrad Adenauer Research Prize awarded jointly by Germany’s Alexander von Humboldt Foundation and by the Royal Society of Canada. Beyond the walls of academe, Danielson’s anthology The Book of the Cosmos: Imagining the Universe from Heraclitus to Hawking was named to Amazon.com’s “Editor’s Choice” top 10 science books for the year 2000.