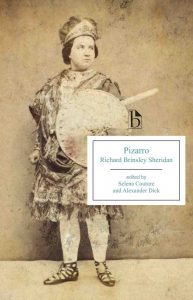 Richard Brinsley Sheridan’s last play, an adaptation of August von Kotzebue’s Die Spanier in Peru first performed in 1799, was one of the most popular of the entire century. Set during the Spanish Conquest of Peru, Pizarro dramatizes English fears of invasion by Revolutionary France, but it is also surprisingly and critically engaged with Britain’s colonial exploits abroad. Pizarro is a play of firsts: the first use of music alongside action, the first collapsing set, the first production to inspire such celebratory ephemera as cartoons, portraits, postcards, even porcelain collector plates. Pizarro marks the end of eighteenth-century drama and the birth of a new theatrical culture.

This edition features a comprehensive introduction and extensive appendices documenting the play’s first successful performances and global influence. It will appeal to students and scholars of Romantic literature, theatre history, post-colonialism, and Indigenous studies. 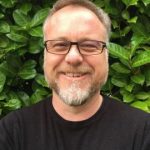 Selena Couture is Assistant Professor of Drama at the University of Alberta.

Alexander Dick works and teaches in the fields of Eighteenth-Century and Romantic British Literatures, Critical Theory and Practice, especially post-humanism and speculative realism, and the environmental humanities. He is the author of more than twenty articles and chapters and Romanticism and the Gold Standard: Money, Literature, and Economic Debate in Britain 1790-1830 (Palgrave 2013). He is also the co-editor of two collections of essays, Theory and Practice in the Eighteenth Century: Writing Between Philosophy and Literature (with Christina Lupton, Pickering, 2008) and Spheres of Action: Speech and Performance in Romantic Culture (with Angela Esterhammer, Toronto, 2009).