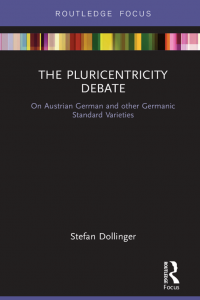 This book unpacks a 30-year debate about the pluricentricity of German. It examines the concept of pluricentricity, an idea implicit to the study of World Englishes, which expressly allows for national standard varieties, and the notion of “pluri-areality,” which seeks to challenge the former. Looking at the debate from three angles – methodological, theoretical, and epistemological – the volume draws on data from German and English, with additional perspectives from Dutch, Luxembourgish, Swedish, Danish and Norwegian, to establish if and to what degree “pluri-areality” and pluricentricity model various sociolinguistic situations adequately. Dollinger argues that “pluri-areality” is synonymous with “geographical variation” and, as such, no match for pluricentricity. Instead, “pluri-areality” presupposes an atheoretical, supposedly “neutral”, data-driven linguistics that violates basic science-theoretical principles. Three fail-safes are suggested – the uniformitarian hypothesis, Popper’s theory of falsification and speaker attitudes – to avoid philological incompatibilities and terminological clutter. This book is of particular interest to scholars in sociolinguistics, World Englishes, Germanic languages and linguists more generally. 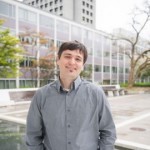 Stefan Dollinger is Associate Professor at UBC Vancouver, specializing in historical linguistics, sociolinguistics and linguistic border studies. He is the author of New-Dialect Formation in Canada (2008) and The Written Questionnaire in Social Dialectology (2015), and Chief Editor of the Dictionary of Canadianisms on Historical Principles – www.dchp.ca/dchp2 (2017).